You are here: Home / News / Accident-Prone Intersections in Rio Rancho

Car accidents can happen anywhere in the Rio Rancho area from Enchanted Hills to Mariposa. But there are undeniably major intersections that are more accident-prone.

Specific Rio Rancho intersections have become increasingly dangerous in the state based on the rates of crashes and injuries. According to the Albuquerque Journal, New Mexico tops the list as the deadliest state for pedestrians in 2022. Last year, New Mexico had a total of 103 pedestrians killed in crashes.

Probably not a surprise to Rio Rancho locals, the most accident-prone intersection is at Paseo del Volcan and Iris Rd. Located near Sue Cleveland High School there were a total of 46 crashes reported from 2015 to 2019 at this intersection with 17 being severe.

Highway 528, also known as Pat D’Arco highway, is also susceptible to traffic accidents at intersections, especially where it meets Highway 550 at the Iris Road intersection.

For a complete list of the busiest intersections in Rio Rancho and surrounding areas near Albuquerque in 2021, visit the Mid-Region Council of Governments.

Here are three of the most dangerous intersections in Rio Rancho based on the region’s High Fatal and Injury Network.

NM 528 & Southern Boulevard.
Within the past seven years, this intersection has had over 200 crashes. Many of the accidents were severe with over 200 injuries reported.

Unser & Cabezon Boulevard.
There have been nearly 50 severe crashes at this intersection over the past seven years.

King & Unser
Another intersection listed high on the crash report is King Blvd. & Unser Blvd., with an average of seven crashes per year.

In truth, all roads that have one direction of traffic crossing another line of traffic can be dangerous. Accidents can become deadly if the collisions are at high speeds and at the impact location. We’ve listed some safe driving tips and how to avoid accidents, especially when traveling on accident-prone roads.

Rio Rancho and other areas around Albuquerque are working on ways to reduce accidents. KOB Channel 4 News reports on a new campaign called Vision Zero 2040 to improve roadway fatalities by 2040.

Injured at one of the accident-prone intersections?

The attorneys of Sanchez & Piñon have represented accident victims in Rio Rancho for the past 12 years. Contact Sanchez and Piñon, Rio Rancho’s auto accident and injury attorneys, for a free consultation. While other attorneys talk, we listen and provide a personal level of representation. We can discuss how to fight for the compensation you deserve. 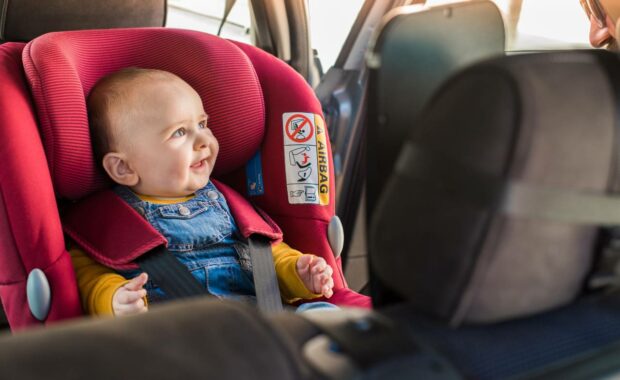 As we continue our car seat safety series, be sure to visit part 1 where we discuss the types of car seats and safety … END_OF_DOCUMENT_TOKEN_TO_BE_REPLACED