Self-driving cars are becoming more common on our roads. Since 2015, the global market has risen 12.7%. During the COVID-19 pandemic, delivery service DoorDash announced it was conducting a pilot program in San Francisco to get food and groceries to customers’ doorsteps. Similarly, Domino’s and startup Nuro launched an autonomous pizza-delivery service in Houston. Both signal the growing use of self-driving cars for delivery. With more privately owned and corporate self-driving in use, a study from Policy Advice forecasts that some 33 million autonomous vehicles (AVs for short) will be on the road by 2040. So, what do you need to know when it comes to safety? We’ve got you covered.

Advocates for self-driving vehicles hold them up as the holy grail of safety. Driver mistakes play a role in virtually all crashes—nine out of 10—which self-driving vehicles should be able to eliminate entirely. However, that hasn’t always happened. Crashes and deaths involving AVs are still possible. The first crash involving an AV happened with Google’s Lexus SUV in February 2016. In 2018, an Uber self-driving car struck and killed a pedestrian in Arizona, when it didn’t detect her in a crosswalk. In April 2021, two men were killed in a Texas accident when their self-driving Tesla crashed after driving at a high rate of speed.

A new study from the Insurance Institute for Highway Safety found that autonomous vehicles may only prevent a third of all crashes if the vehicles drive like humans. The study showed that to avoid the other two thirds of crashes, the self-driving cars would need to be programmed to prioritize safety over speed and convenience. Right now, they aren’t, which makes the automated cars much more human-like in practice.

That jibes with people’s perception of and comfort level with AVs. Only 57% of people familiar with self-driving cars would be willing to ride in them, and 52% of people still believe that AVs should have some level of human control.

First off, we’re all a lot closer to self-driving vehicles than we may think. Many cars come with automated features, including lane detectors that alert you if you drift, blind spot detectors, and automated parking modes. These features lie along a spectrum of automated features. However, each also has a driver overseeing vehicle handling, and he/she can override the car if need be. That’s the key to staying safe while operating one of these vehicles.

Even if you’ve gotten your hands on a vehicle with more autonomous driving features, it’s still wise to be careful. According to Tesla’s Full-Self Driving Beta release terms, “Full self-driving is in early limited access Beta and must be used with additional caution. It may do the wrong thing at the worst time, so you must always keep your hands on the wheel and pay extra attention to the road. Do not become complacent.”

On the Road with Autonomous Vehicles in the Rio Rancho Area

With more and more AVs on the road, driving alongside and around them will soon become a way of life. As with driving anytime, it’s important to use defensive driving techniques to protect yourself from collisions with self-driving vehicles.

Here are a few tactics:

If you experienced a vehicle accident while driving an AV or with a self-driving vehicle, contact Sanchez and Piñon, Rio Rancho’s auto accident and injury attorneys, for a free consultation. While other attorneys talk, we listen and provide a personal level of representation. We can discuss how to fight for the compensation you deserve. 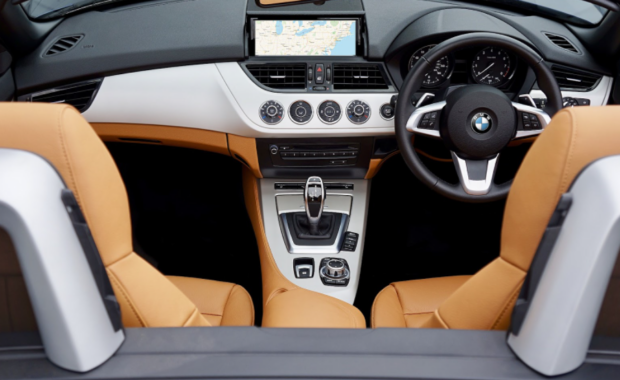 From our computers to our phones, it’s difficult to escape screens in today’s society. They’re ubiquitous and in newer … END_OF_DOCUMENT_TOKEN_TO_BE_REPLACED