How the Pandemic Changed Driving: Everything You Need to Know

You are here: Home / News / How the Pandemic Changed Driving: Everything You Need to Know

When the COVID-19 pandemic shuttered businesses, workplaces, and schools in March 2020, traffic patterns changed instantly. According to the Federal Highway Administration, travel on roads and streets decreased by 18.6% (or 50.6 billion vehicle miles) in March 2020 compared with March 2019. Cumulative travel for the year of 2020 changed as well. It dropped 5.4% (or 40.1 billion vehicle miles) due to people quarantining.

With fewer vehicles on the road, you might assume roadways were safer and resulted in fewer deadly crashes. Unfortunately, just the opposite was true. In the first half of 2020, empty roads turned them into racetracks. Average speeds in Los Angeles, for example, rose 48 percent because there was less traffic on the roads. Impaired and distracted driving increased, and seat belt use decreased. A study from the National Safety Council tragically found that traffic fatalities rose 8% in 2020, with some 42,060 people dying in vehicle crashes. That statistic became even more dramatic when compared with the number of miles driven, which results in a 24% increase—the largest in a century.

In New Mexico, this trend didn’t wholly bear out. Traffic fatalities for the year totaled 396, which was down from 2019’s high of 425 but topped several previous years of deaths. June had the most fatalities by month for the year of 2020—as well as for any previous year—indicating it was the least safe month to drive and summer remained a dangerous time for drivers.

Traffic patterns also changed during the pandemic. Martin Morzynski, vice president of marketing and product management at transportation analysis firm StreetLight Data, which produced a study on vehicle traffic trends in 2020, revealed that the morning commute decreased drastically. The evening commute remained congested but became shorter in time. Because these commuter periods are correlated with the greatest number of crashes, these shifting trends can tell us safer times of the day to drive.

How Traffic Patterns Will Shift as the Pandemic Ends

However, during the pandemic, there was also a large increase in on-demand delivery for everything, from groceries and tacos, to toilet paper and other household essentials. With consumers developing a taste for this level of instant gratification, delivery could easily become a way of life and offset any changes in commuter leanings.

Regardless of how many cars are on the road, 2020 showed us that risky driving behavior, such as impaired and distracted driving, are the greatest risks on the road—rather than the sheer number of cars.

As driving became less popular, the popularity of biking grew. Americans reached for bicycles for exercise and a safe (socially distant) way to travel in lieu of public transportation. Market research firm The NPD Group reported April 2020 bike sales grew 75% over the same month in 2019. The trend toward biking was particularly strong in the American Southwest. Advocacy group People for Bikes reported ridership in April 2020 was up 134% over the previous year. That trend didn’t slow as the pandemic continued. Ridership in the region was still up 116% as of February 2021. As the public health emergency subsides, the popularity of biking could mean that drivers are sharing roadways with more cyclists than ever—and, inevitably, collisions between the two.

If you experienced a vehicle accident during the pandemic and are seeking a personal injury lawyer, contact Sanchez and Piñon, Rio Rancho’s auto accident and injury attorneys, for a free consultation. While other attorneys talk, we listen and provide a personal level of representation. We can discuss how to fight for the compensation you deserve. 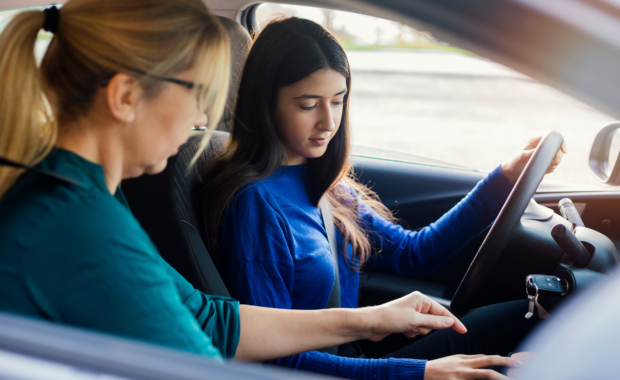 With spring and summer upon us, many teens are ready to take driving education classes. That classroom instruction goes … END_OF_DOCUMENT_TOKEN_TO_BE_REPLACED